If you like a little paranormal, a lot of mystery, some romance and a little comedy this book is absolutely for you!  I loved it.  Girls going missing in Deadwood, S. Dakota that look very much like the main character, Violet's daughter.

Violet is a great character she is normal with kids.  She has nine year old twins Addy and Layne (boy).  She has insecurities about how her body looks. (after having twins myself and knowing exactly how she feels...it's nice to have a character who isn't perfect) Violet is strong willed, witty and sassy.  Not the typical mom you think of in books.  She is a real estate agent who has a month to sell a house before she will be let go.  With a supportive coworker and an annoying butt headed coworker it's a great base for all the mystery in the book.  However, you will want to beat the living tar out of Ray the butt head.  She has 2 men interested and trying to sell one's house and trying to sell a house to the other.  Also, on the man front is Harvey an older man who's house she is trying to sell and Jeff the father of Addy's friend Kelly.   And no female lead is complete without a bff, Natalie.

Wolfgang man number 1 is the dashing rich boy who hires her to sell his mother's creepy clown filled house. He's smooth talking and gorgeous need there be more?

D.R. Nyce "Doc" gorgeous neighbor at work who she is trying to find a house for.  She doesn't want to be attracted to him but boy is the chemistry there but by the end of the book Natalie (bff) has "staked her claim" on him thinking he's the one.

Natalie bff who is swearing off men but reminds me of the a former friend who always ended up going for the guys I liked and knew it.  Though for Natalie's benefit she doesn't know of the "chemistry".  She is a carpenter so go girl power!

Harvey is hilarious most of the comedy in this book has him in the scene.  He has no sensors on what he says.  And watch out for his Bessie.

Jeff the creepy dad of Kelly, Addy's bff.  His wife is leaving him for another girl so he's on the prowl.

Please go on an adventure with Violet and her family and friends to find out who keeps kidnapping the little girls who look like Addy.   It will be well worth your time I finished it in a day and a half.

Thanks for your time.  I believe I will work on my review for Kissed in Paris next by Juliette Sobanet. 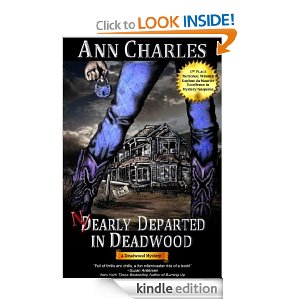 After an accident Connie moves back to Missouri to raise her niece in a safer town than where her twin sister was shot while driving.  Sarah, her niece, witnessed it and is having a difficult time coming out of her shell.  The thing that works is Connie's singing.  Back in her hometown, Springfield,  she wants to avoid the former love of her life Chance, who now runs the Branson show his father and uncle started.  A main singer in the show has an accident and is unable to perform.  Chance decides to call Connie.

This story had amazing potential.  I thoroughly enjoyed the character of Connie in the beginning she was confident and trying to be strong about seeing the love of her life again.  She was strong for her niece supporting her in agreeing to be in the show because it made her niece happy.

At first in the book Chance seemed to think he was a victim too.  Come to find out not so much, but in his eyes he was, in a way.

The story progressed nicely.  Flashbacks for both characters slowly to discover what happened in the past along with the current story for most of the story.

Alas, my heartbreak and the end of the book.  I feel the ending was extremely rushed to an end.  There could have been at least a hundred more pages to progress after Connie and Chance truly discovered the truth to the past and to work on forgiveness.  I do know this is a romance and not real but I feel Connie lost her backbone in the end.  There could be more realism especially with a storyline such as this.

I hope you enjoy my first Blog review.  I have been reviewing on Amazon anonymously but I felt like I wanted to start a blog and get some books out there and to peoples attention.

Thanks for your time!
Posted by Tobi Helton at 1:47 PM No comments: 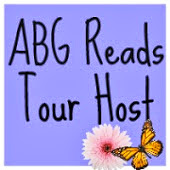